On Friday,  40 Montana Citizens held a rally on Front Street in Missoula opposing the Keystone-XL pipeline.  After a rally in front of Senator Jon Tester’s office at 130 W. Front , they proceeded to Senator Steve Daines’s office at  218 E Front.

The rally was a pop-up demonstration in response to the Billings Gazette article of January 25 reporting both senators’ support for the Keystone XL Pipeline. 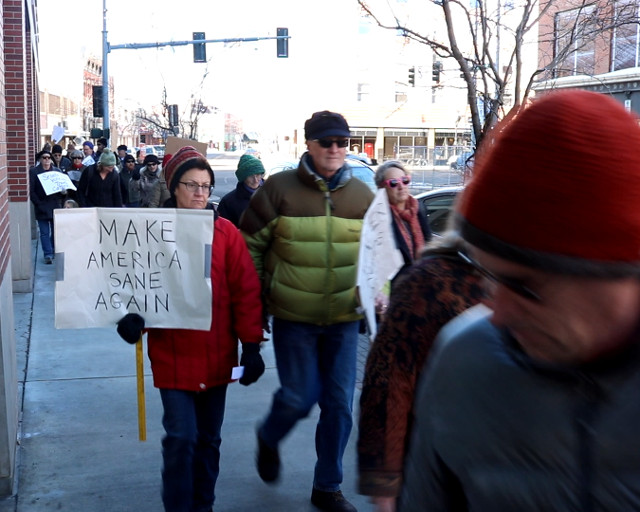 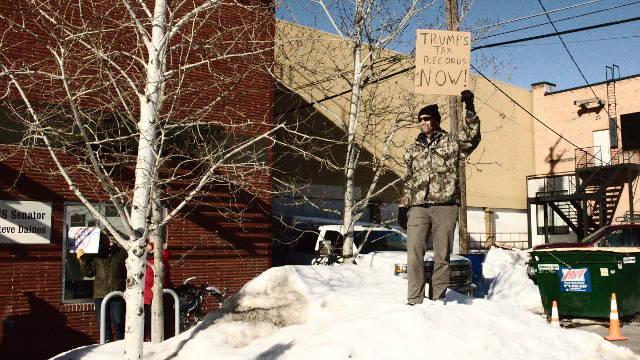