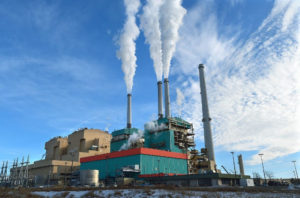 Montana has an incredible opportunity with the fast-approaching closure of the Colstrip Generating Station. It’s time to shift the state’s energy resources away from greenhouse gas-emitting fossil fuels towards renewable energy. We must protect the beautiful and diverse landscapes of Montana. It makes economic sense, too. The American renewable energy economy is booming, with no indication of slowing down. 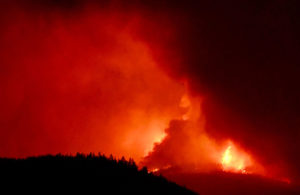 Montana’s $32.5 million annual fire fund is gone. …In Montana, important programs such as health care are now targets to make up the shortfall, putting our people and rural healthcare system at risk. Funding sources for hurricane recovery isn’t really being talked about yet: you can bet some of it will come from things you care about such as schools, roads and agriculture. Recovery costs will make it harder to fund the course change needed. 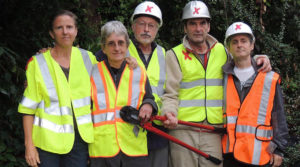 Why I Turned Off Keystone Pipeline
newsweek.com (10/03/2017) Michael Foster

On some level you know more climate disruptions are coming, with increasing force and frequency.That engenders a debilitating fear of the future, or what psychiatrist Lise Van Susteren, an advisor to Harvard’s T. H. Chan School of Public Health, calls “Pre -Traumatic Stress Disorder.” … It can leave people feeling paralyzed in the face of the anticipated trouble, and can stymie society’s ability to grapple with looming threats like climate change, or to even talk about them openly. 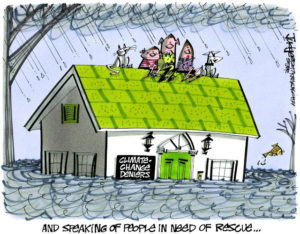 “It’s not regulations that will tie our neighbors’ hands, it’s denial. You can change or ignore regulations but there won’t be a thing anyone can do when Montana rivers and streams run dry. The drought in eastern Montana this summer is indeed historic, but it will be routine for these agrarian citizens if they continue to vote Republican.”

“Global warming is similar to a compromised immune system. A weak immune system does not cause infections but it allows infections to become more frequent and more severe. Likewise, a warmer earth does not cause natural events but it does contribute to the increased frequency and severity of natural events that have been occurring for a long time.” 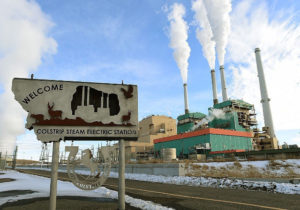 “Are these increasingly worsening fire conditions the kind of future you want for your children? Well, as governor, you can help improve the situation by supporting GE-Hitachi’s proposal to transform Colstrip 1 and 2 into a carbon-free electricity production facility.” 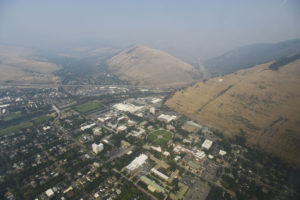 “A friend who’s been evacuated from Seeley Lake is staying at my house. I am angry that he and other climate refugees have been forced from their homes. I am angry that the future will likely be worse.

We need to have a frank, fact-based discussion, as a state and as a nation, free from corporate smoke and mirrors, on how to address this existential threat to humanity.” 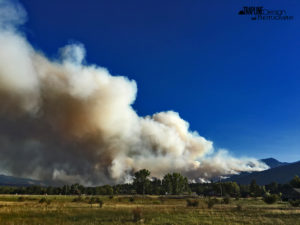 “…we believe the question of climate change needs addressing. If politicians, especially those on the right like Rep. Greg Gianforte or Sen. Steve Daines — need any political cover so that they can begin addressing the effects of climate change, it would seem that Harvey, Irma and the West’s wildland fires have given them plenty.”