Following are links to press coverage of the Renewables Now Rally in Butte, America on Oct. 10, 2016. 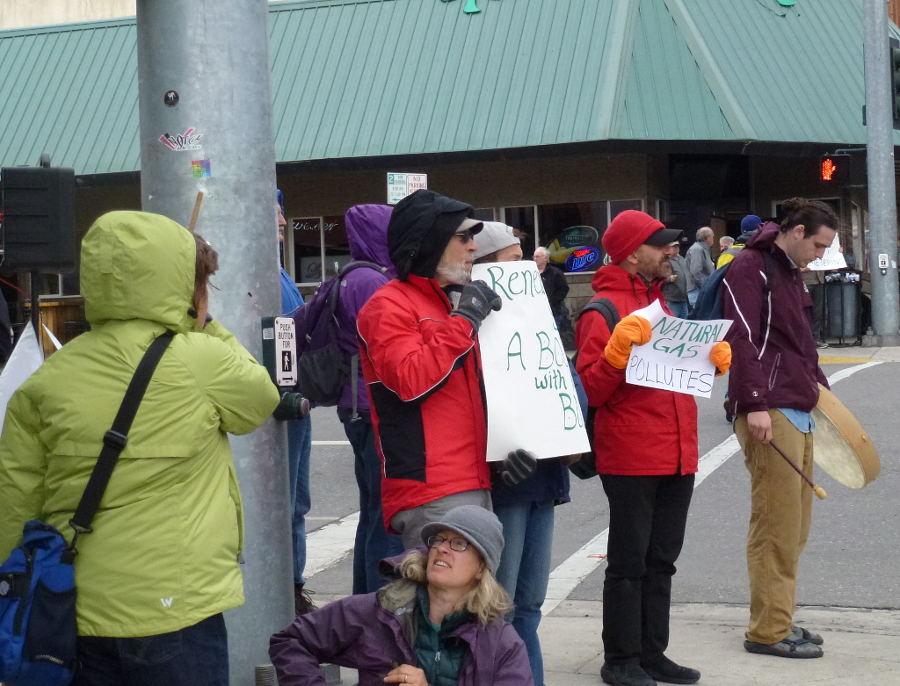 “About 100 advocates for renewable energy walked through uptown Butte earlier this week, chanting and thrusting signs in the air. Some protesters kept time on wooden blocks, tambourines and drums, as they walked toward the state headquarters of Montana’s largest utility company, NorthWestern Energy.” 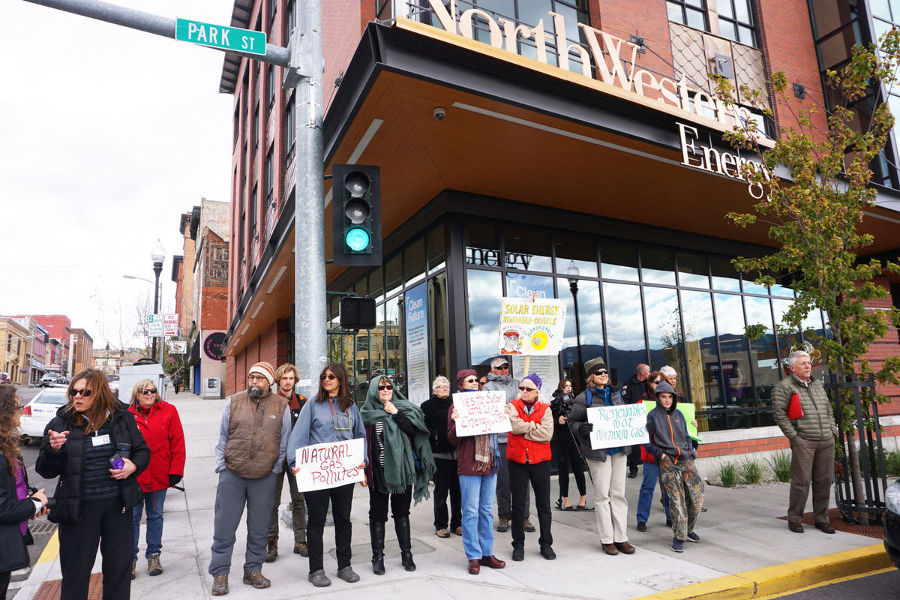 “BUTTE – NorthWestern Energy needs to do more to promote renewable energy, according to about 100 people — many from Missoula and Bozeman — who rallied Monday outside the utility’s headquarters in Uptown Butte.
The rally, sponsored by Missoula-based nonprofit 350 Montana, started several blocks away at Emma Park, and featured music, speakers, drumming and placards. The participants then walked to NWE headquarters, Park and Main, where several people spoke. Rally encourages NWE to focus on renewables” 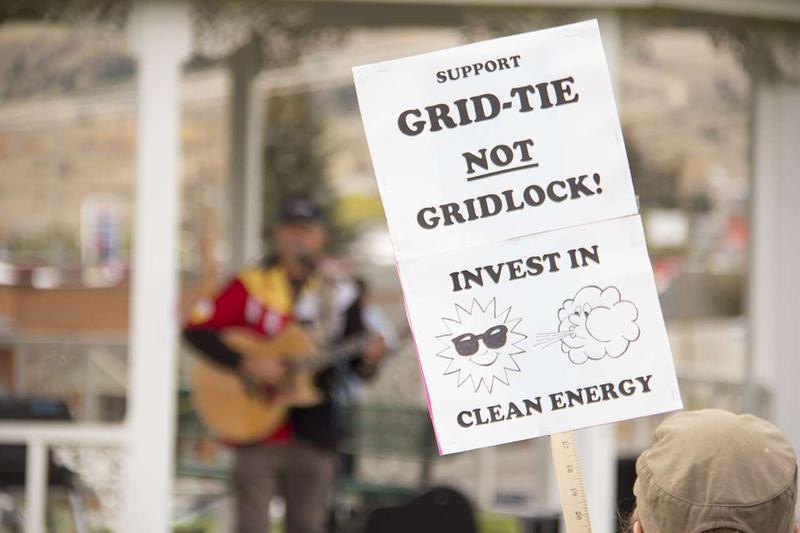 “We’re all in this together to protect the earth, and we ask NorthWestern Energy to reconsider its plan. Move away from fossil fuels,” Smith said. “Move toward renewable energy.” 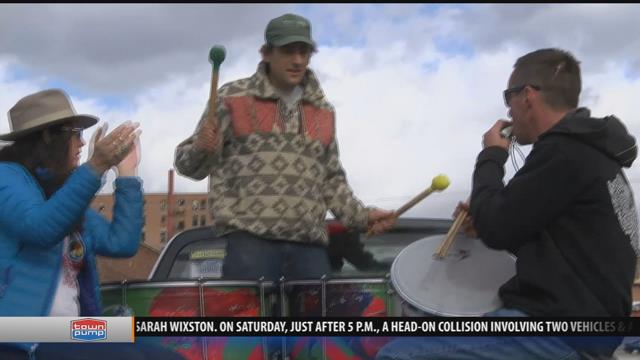 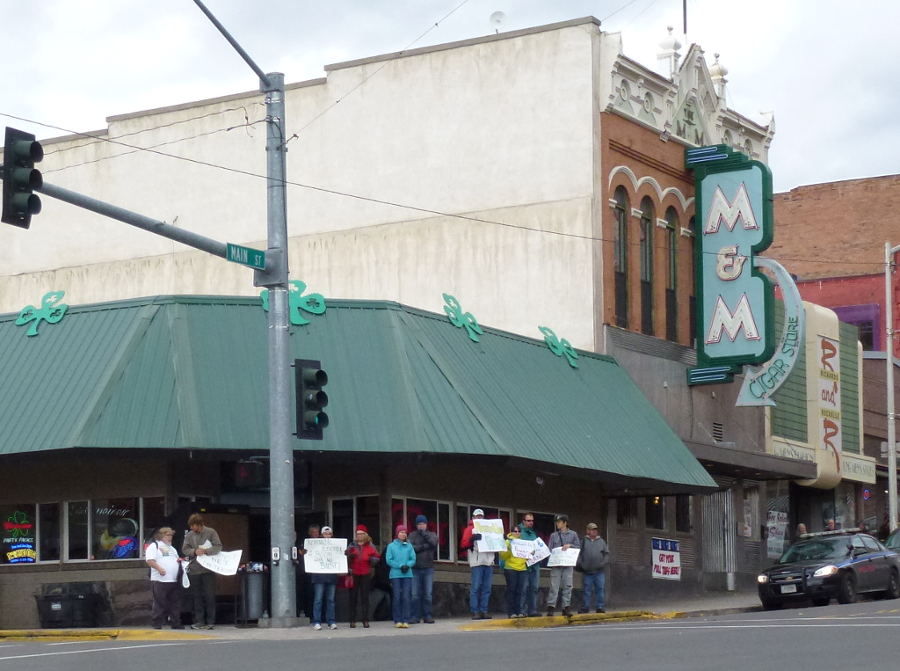 “NorthWestern is a partial owner of Colstrip and serves more than 700,000 customers in Montana, South Dakota and Nebraska. Environmental activists protested in front of the utility’s Montana headquarters in Butte on Monday, urging NorthWestern to move away from fossil fuels and use more renewable wind and solar energy.” 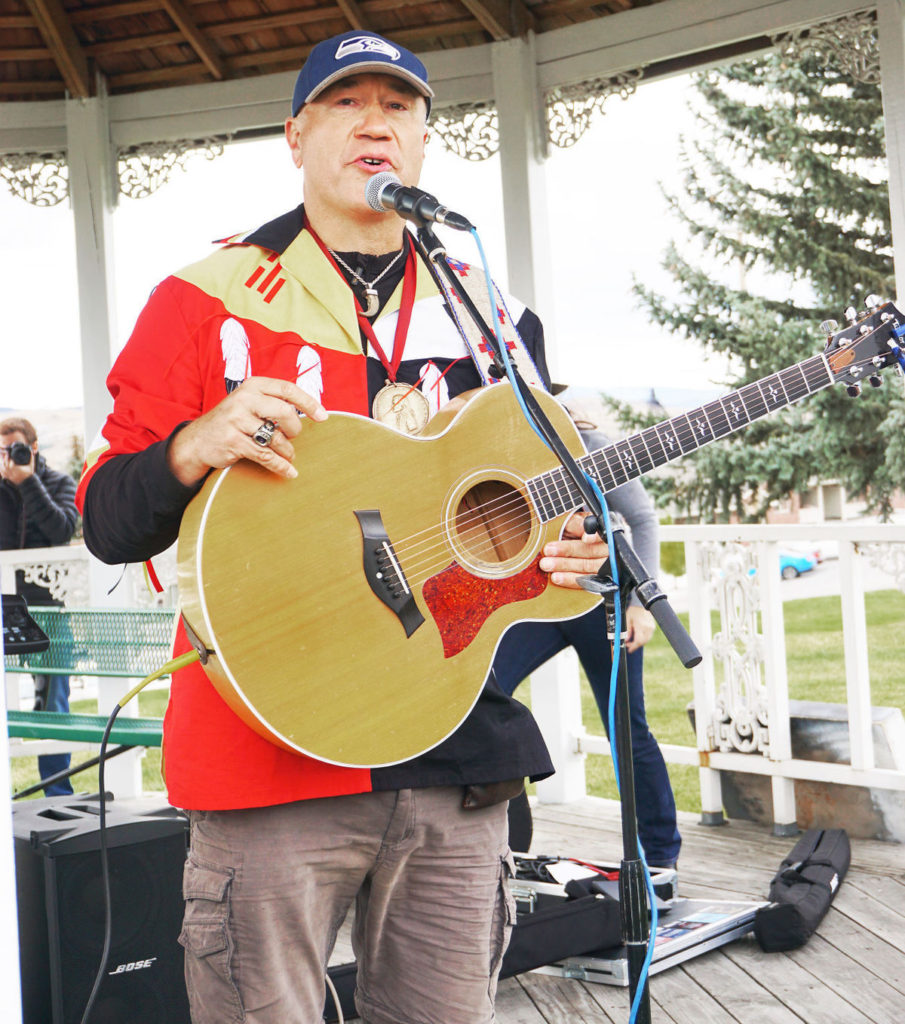 “Musician and singer Jack Gladstone sings to protesters and renewable-energy supporters in Emma Park, Silver and Dakota, in Uptown Butte Monday morning. “He’s the voice of the wind, the voice of the mountains and the voice of the rivers,” said Jeff Smith, co-chair of activist group 350 Missoula, an offshoot of 350 Montana, as he introduced the singer-songwriter.”