Monday May 9, eighty people gathered at the Missoula Community Theatre to express their opposition to the proposed coal port in Longview Washington. Organized by the Northern Plains Resource Council, the hearing was the first of four scheduled hearings in the State.

As expressed in the NPRC newsletter, “This month, the Washington Department of Ecology is holding its final public comment period on the proposed coal port in Longview, Washington. If built, the port would ship over 44 million tons of coal per year (that’s equivalent to the amount of coal mined at all coal mines in Montana each year), leading to 16 additional coal trains rumbling through Montana communities every day on their way to the coast.”

Since Washington is not holding hearings in Montana, NRPC teamed up with  a dozen organizations,  including 350Missoula and Northern Rockies Rising Tide to provide these hearings for Montana residents.  A dozen two minute testimonies  from hearing participants was recorded for sending to the Washington Dept of Ecology.  The closest official public hearing  is scheduled for May 26 in Spokane. 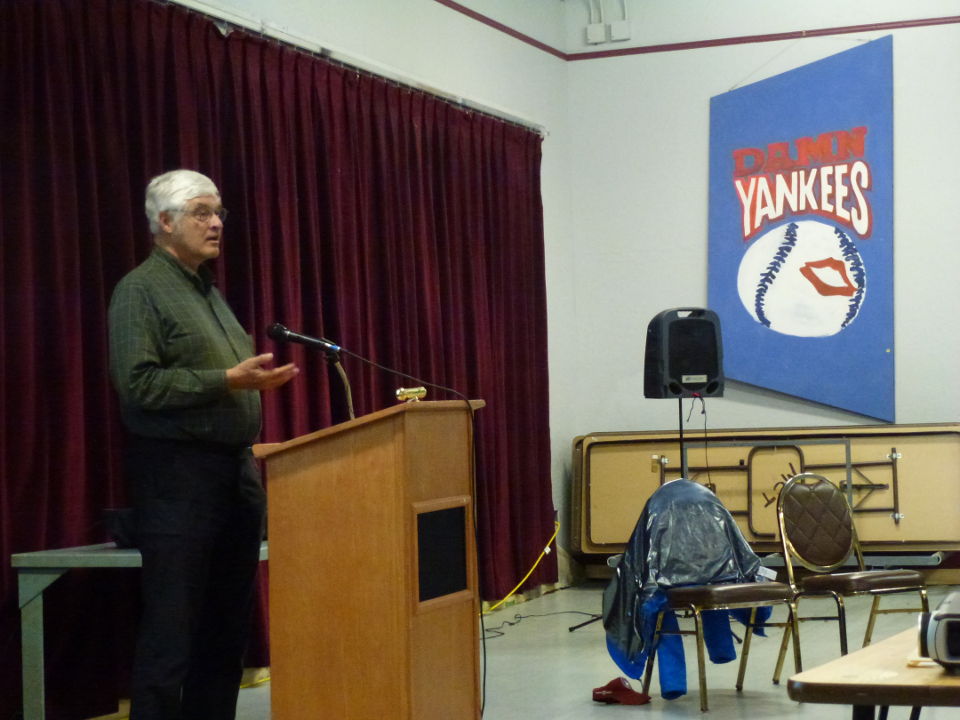 After an introduction by the hearing moderator, Jan Hoem,  Forest Ecology  professor Steven Running at the University of Montana gave a short speech on the importance to the climate of stopping coal use. Running was followed by Les Anderson, Vice President of Landowners and Citizens for a Safe Community in Longview Washington.  Anderson provided a detailed information on the issues Longview faces with  coal and the unit trains that haul coal. More prepared speeches followed regarding economics of the coal, health, and affects on Montana wildlife.

Concerned citizens are encouraged to submit  written comments to the Washington Department of Ecology and Cowlitz Count regarding the Millennium Bulk Terminal draft EIS.  For more information email ella@northernplains.org .