I had the pleasure of driving over to Fort Benton on Tuesday with three other 350ers to witness Leonard Higgins’ arraignment on trespassing and criminal mischief charges for shutting off a tar sands oil pipeline in northern Montana. His action was one of five simultaneous tar sands pipeline shutoffs on the same day, October 11.

Leonard pleaded not guilty and requested a jury trial. Below, I’ve attached the statement he read outside the Choteau County Courthouse after the arraignment.

His trial will put the fossil fuel industry on trial because he plans to call expert witnesses to show:

This will be an incredibly ambitious argument to make to 12 rural Choteau County, Montana jurors, especially since he faces 10 years in prison and a $50,000 fine if they find him guilty.

Leonard spoke about his action last night in Missoula to an audience of 40 people. There were lots of questions about nonviolent civil disobedience.

Let me know if you want to accompany us to his next court appearance sometime next March or April. We’re shooting for 50 supporters in the courtroom next time round.

I’m Leonard Higgins. I’m here in front of the Chouteau County District Court in Fort Benton, Montana, on December 6, 2016. I was arraigned today on two charges, misdemeanor Criminal Trespass and felony Criminal Mischief with a maximum sentence of 10 years prison and up to a $50,000 fine. The charges are connected to my October 11 use of an emergency block valve to shut down the Spectra Express Pipeline near Coal Banks Landing, Montana, just north of the Missouri River. The valve closure was coordinated with the shut down of four other pipelines transporting tar sands oil from Alberta, Canada, to the United States. We acted in prayerful solidarity with the Standing Rock Sioux and out of love for our families and communities.

I lived a law abiding life of responsibility in the workforce for 40 years to support my family and succeed in a career. Now I see my children, grandchildren, and other loved ones’ lives threatened by runaway climate change. Our country has known for decades that a steady, job-preserving shift away from fossil fuel energy sources to renewables was necessary. Instead political and business leaders allowed that opportunity for a steady, easy changeover to slip through our fingers. They are working together instead to prolong fossil fuel profits even though the pollution from extraction, shipment, and burning of those fuels is literally killing us. Our increasing use of fossil fuels is doing irreversible damage to the ecosystems that support life. Gradual reductions are no longer enough to save life as we know it for our children and communities.

I was compelled to take direct action because lives are already being lost to climate change, and there is an imminent threat to the lives of our children and communities. Based on the science and continuing inadequate and harmful actions of government and business, it’s reasonable to conclude all our lives will be damaged and many lives lost if I — and we — fail to act.

We’re out of time and we can see there is no hope that our leaders have the resolve and ability to immediately and dramatically reduce carbon emissions. My responsibility to community, to the rule of law, and to my children and grandchildren now requires me to break laws protecting corporate profits to prevent the greater harm of doing nothing. If I do nothing, if all of the millions of other American citizens do nothing, our reductions in carbon emissions will be too little, too late.

Our only hope is to clearly show we are removing the fossil fuel industries’ social license to profit at the expense of life. We have seen how effective it is at Standing Rock and previous movements in our country when thousands of people take prayerful action actually putting their bodies in the way of the harm. The historic victory of the people against DAPL demonstrates that prayerful, non-violent, direct action can triumph over corporate greed and destruction of the land and water we all need to survive.

These actions provide the societal support and the strong push needed to clear the obstacles away and move us to clean energy. The money and power of those that wish to continue to profit from fossil fuels cannot block our efforts to save ourselves from catastrophic climate change unless we let them. Many are already working on a hopeful future for all of us. They need our help to clear the way. 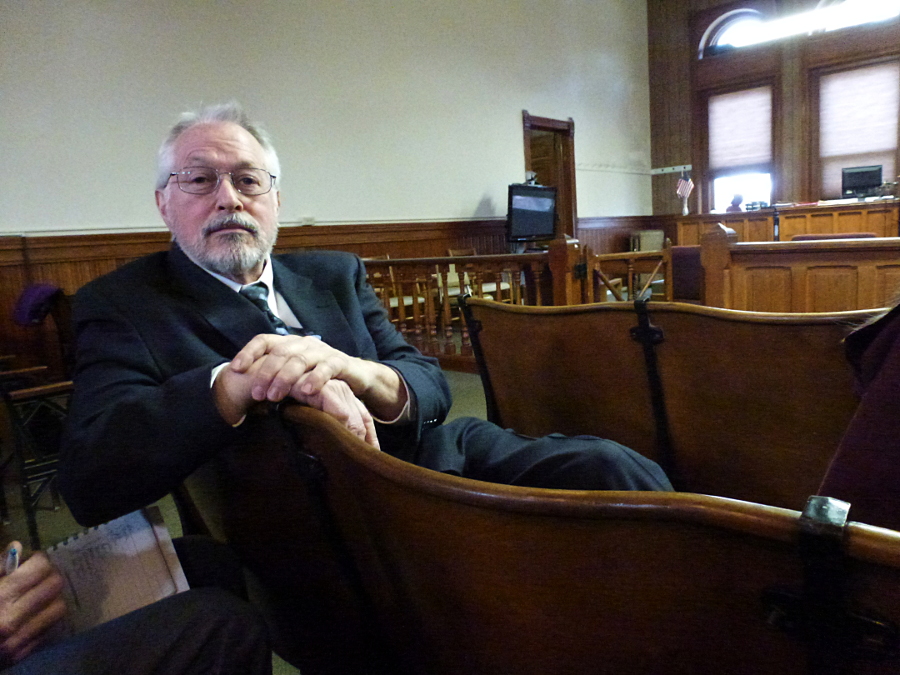