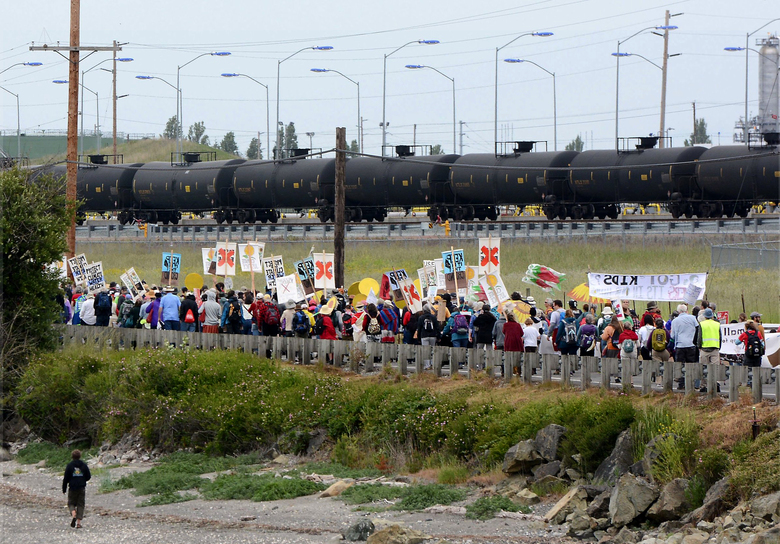 “Authorities have cleared protesters who had been blocking railway tracks to a pair of oil refineries in Anacortes and arrested 52 climate activists Sunday morning.”

“A spokesman for the rail line near two refineries in northwest Washington says about 150 people spent the night in tents and sleeping bags on the tracks near Anacortes, about 70 miles north of Seattle.” 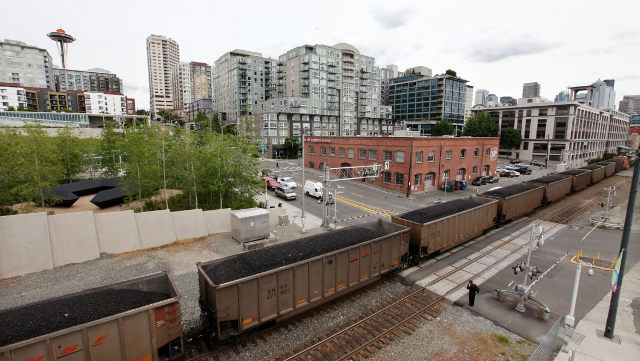 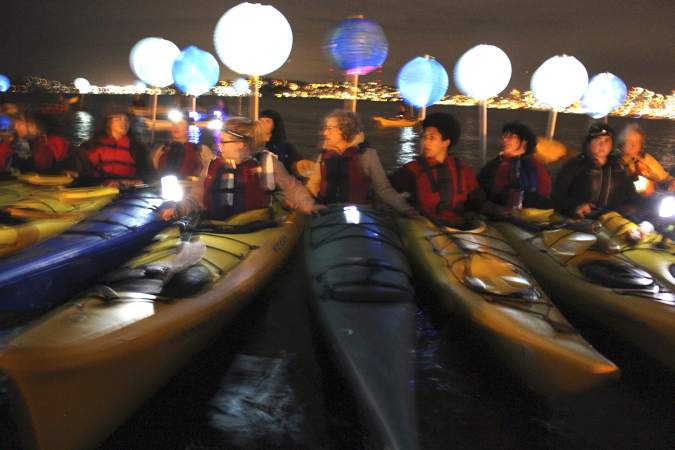 “This weekend, then, the ruckus begins. From Friday through Sunday, thousands of people from across the Pacific Northwest, including Oregon, Washington, Montana, and Idaho, will converge at March Point, the peninsula in Anacortes that houses the Shell and Tesoro refineries – the two biggest oil refineries in Washington state. The event is one of dozens of “Break Free” actions happening this month in every corner of the planet, from the Philippines to Nigeria to Brazil to Germany, and it is, to organizers’ knowledge, the largest action happening in the United States. The name of the event speaks to its goal: To break the world of its dependence on fossil fuels.” 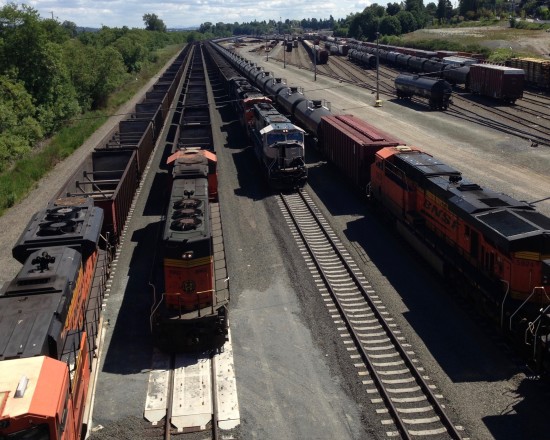 “Environmentalists have predicted coal’s demise before, only to see it rise again when the cost of other fossil fuels gets high enough to make it economically attractive again. But this time may be different. “The recent bankruptcies of the nation’s leading coal producers are the latest benchmark in the steady decline of the coal industry,” Tom Sanzillo and David Schlissel of the Institute for Energy Economics and Financial Analysis wrote recently in a New York Times op-ed.” 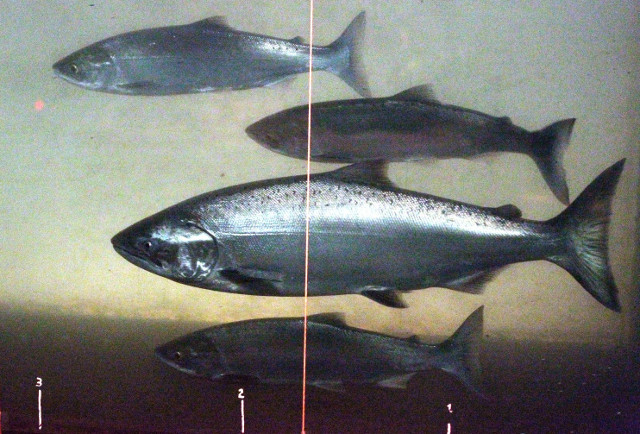 “A massive habitat restoration effort by the U.S. government doesn’t do nearly enough to improve Northwest salmon runs, a federal judge ruled Thursday, handing a major victory to conservationists, anglers and others who hope to someday see four dams on the Snake River breached to make way for the fish.” 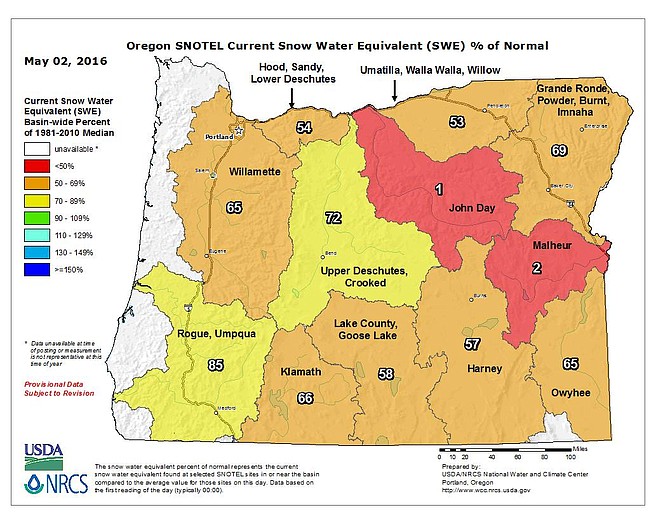 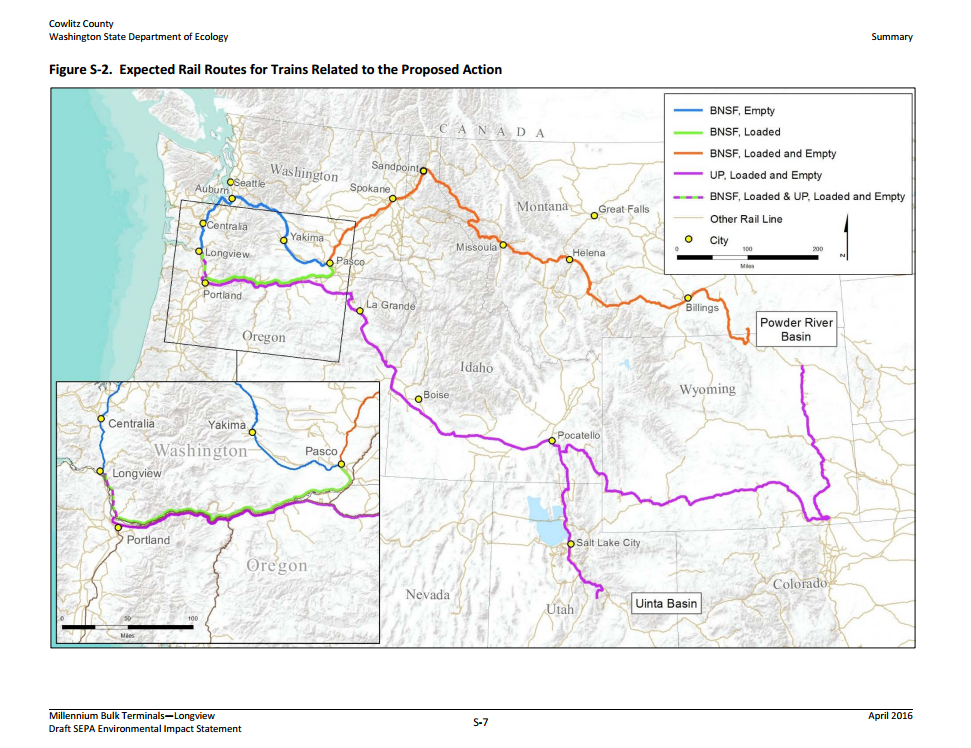 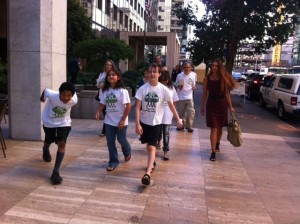 “A King County Superior Court judge has reversed a ruling that gave the Washington State Department of Ecology the opportunity to decide when to cut statewide greenhouse gas emissions. Because of a lawsuit filed by eight Washington State kids, Judge Hollis Hill has ruled that the threat of climate change is so urgent that the state must be placed on a court-ordered deadline to hold polluters accountable now.”