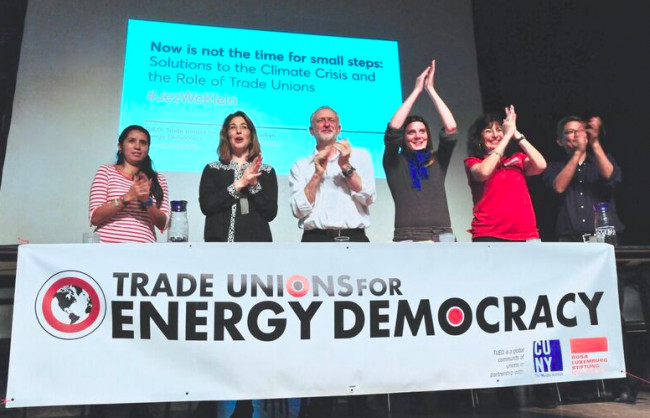 “At a packed meeting in Paris, Naomi Klein, supported by UK Labour Party leader Jeremy Corbyn, calls for mass civil disobedience to break the ban on demonstrations on December 12.
Trade unionists and others discuss the real solutions to climate change: an end to fossil fuels, energy democracy, and a just transition to millions of cllimate jobs.” 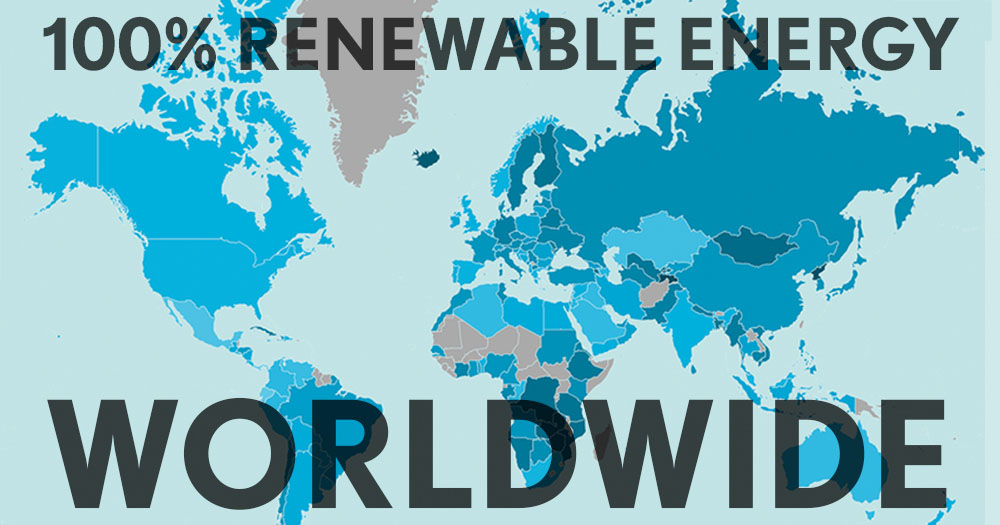 “We attract people from all walks of life and sectors of society to participate in the transition to 100%.Through media, storytelling and events, you can see that 100% is possible, happening and for us all. …”

“Paying people to make the transition from one kind of economy to another is not welfare. Those who work with toxic materials on a daily basis … in order to provide the world with the energy and the materials it needs deserve a helping hand to make a new start in life.” 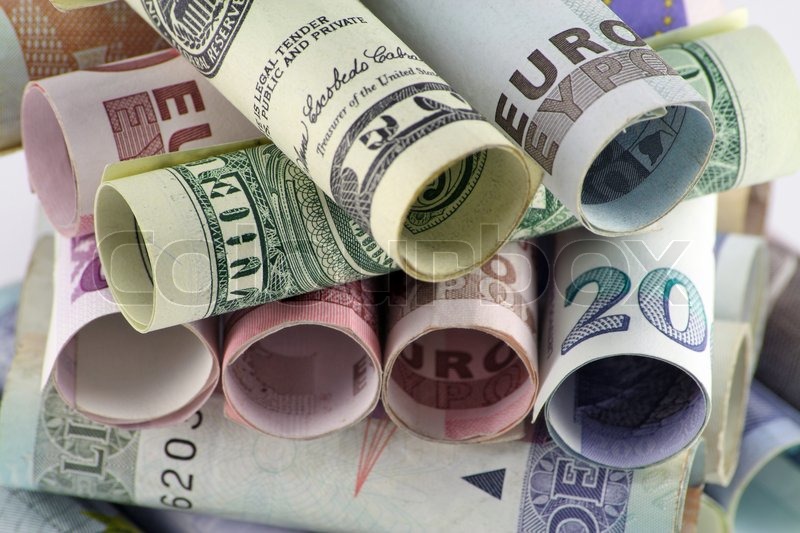 “People have always chosen among different co-existing economic theories to understand the world and to act within it. Who chooses which theory, consciously or not, shapes world history. Disagreements over Brexit emerged partly from different ways of understanding the British economy and its relation to Europe. Donald Trump’s support grows partly out of economic theories different from those used by supporters of Hillary Clinton or Bernie Sanders. The last century’s global politics swirled around quite different theories of the difference between capitalism and socialism. Political struggles often reflect clashing economic theories and political strategies often include making one theory dominant and marginalizing or silencing others.” 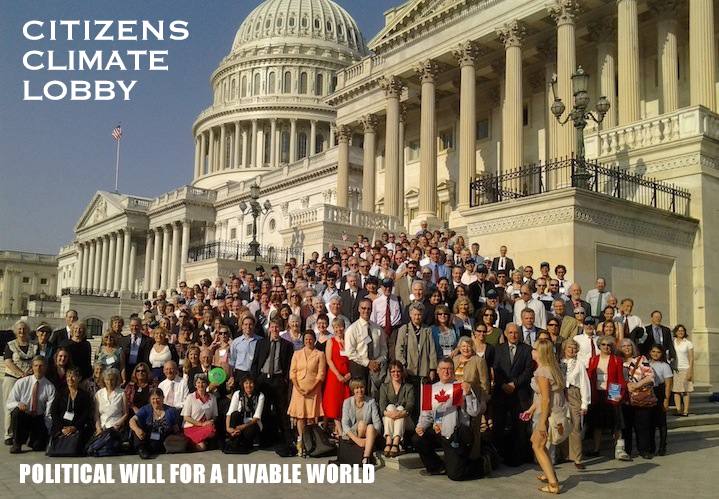 “How World Views and Morality Shape Communicating on Climate Change“  is a 56 minute educational video by the Citizens Climate Lobby. CCL  engages directly with congressmen and politicians to change government policy regarding climate change.  Supported by James Hanson, the foremost American climate scientist, they advocate a carbon free dividend .

“Now imagine you are a utility executive or regulator in that future. You have two strategic options facing you.   In one, utilities evolve to play a major role in using distributed energy resources (DERs) to provide services to their customers, with a major presence in sourcing, financing and operation.    In the other … The utility depends on DERs to entice its customers to remain connected to the system …”

“Why the rise of green energy makes utility companies nervous.” 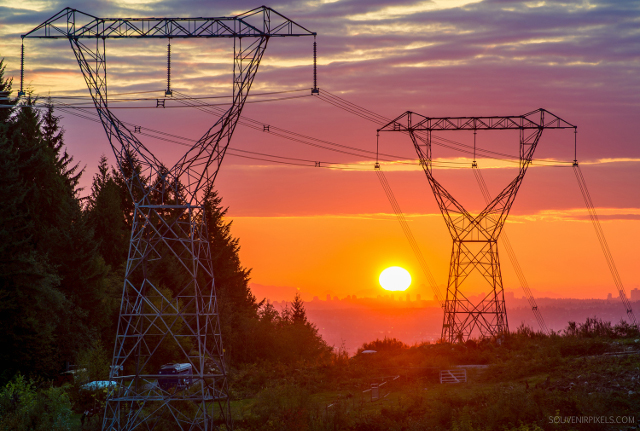 “Montana is going to be an energy leader for generations to come and we’re poised to create thousands of new jobs while protecting the ones we have. I’m looking for realistic and common sense solutions that work for Montana, expand our economy and protect our clean air and water.”
-­‐Governor Steve Bullock, December 1, 2014
.
.
Latest Page