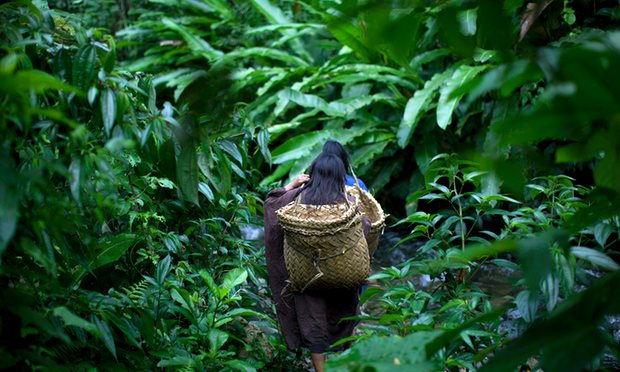 “The world’s indigenous communities need to be given a bigger role in climate stabilisation, according to a new study that shows at least a quarter of forest carbon is stored on communal land, particularly in Brazil.” 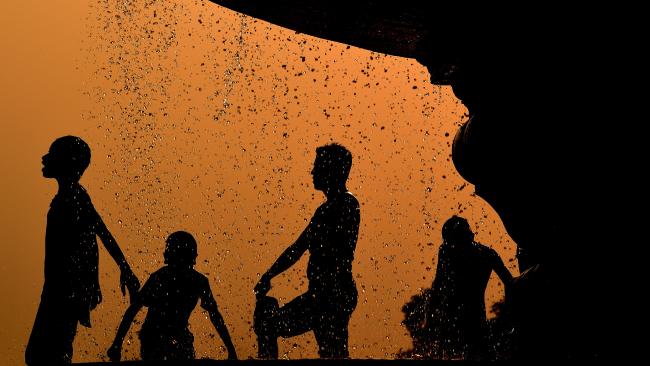 “Temperatures in the northern desert province of Rajasthan have soared to 51C, the highest in the country’s recorded history, and the third-highest temperature ever documented on Earth. ,,, Temperatures across much of northern India have exceeded 40C for weeks. With much of the country densely-populated, this only makes the problem worse.” 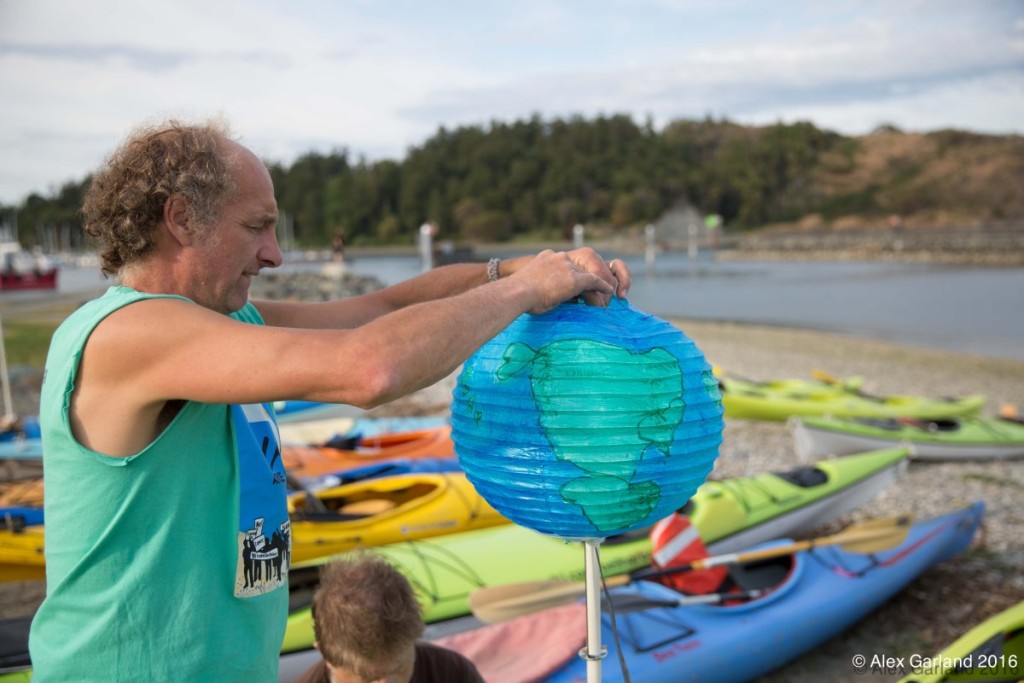 Several photos of the Break Free actions throughout the world during the weekend of May 13-15, 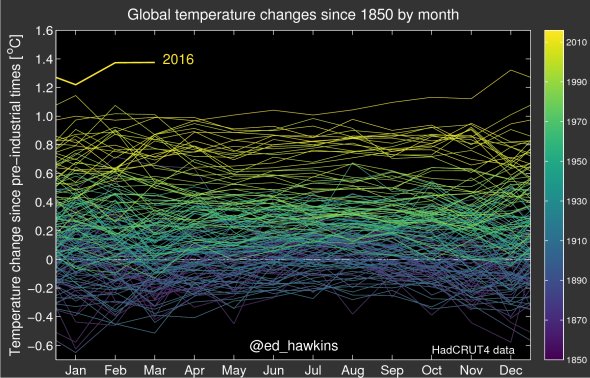 “The steady rise of Earth’s temperature as greenhouse gases accumulate in the atmosphere and trap more and more heat is sending the planet spiraling closer to the point where warming’s catastrophic consequences may be all but assured.” 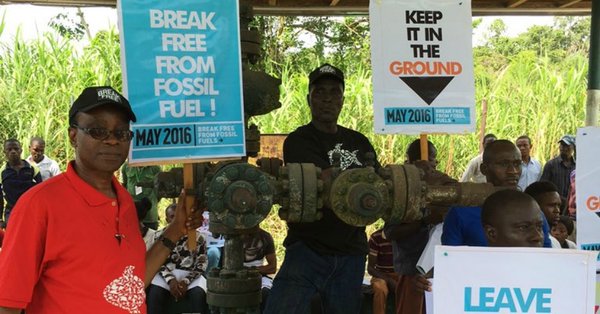 “Activists in Nigeria gathered at the site of the country’s first oil well on Tuesday as part of the global Break Free movement, to show what happens “when the oil goes dry, and the community is left with the pollution and none of the wealth.”” 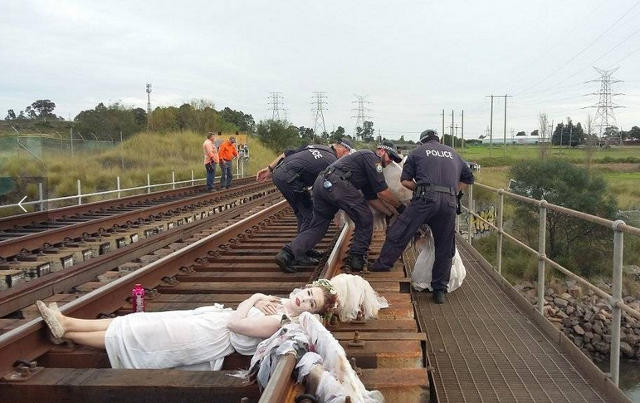 “THE biggest anti-coal protest in Newcastle’s history drew an estimated 2000 people to Horseshoe Beach on Sunday, stopping the movement of millions in coal as part of a global day of environmental action.” 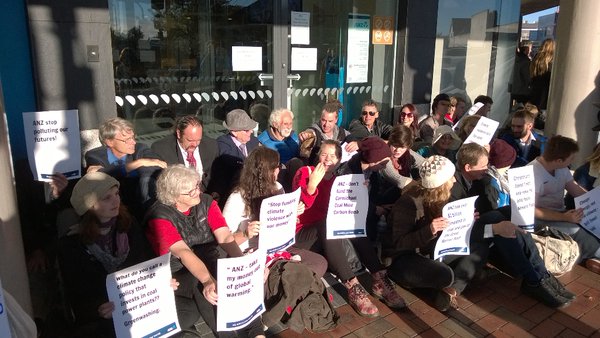 “Peaceful protesters successfully blockaded and shut down the Riccarton, Christchurch branch of ANZ bank, which has $13.5 billion invested in fossil fuels. “ 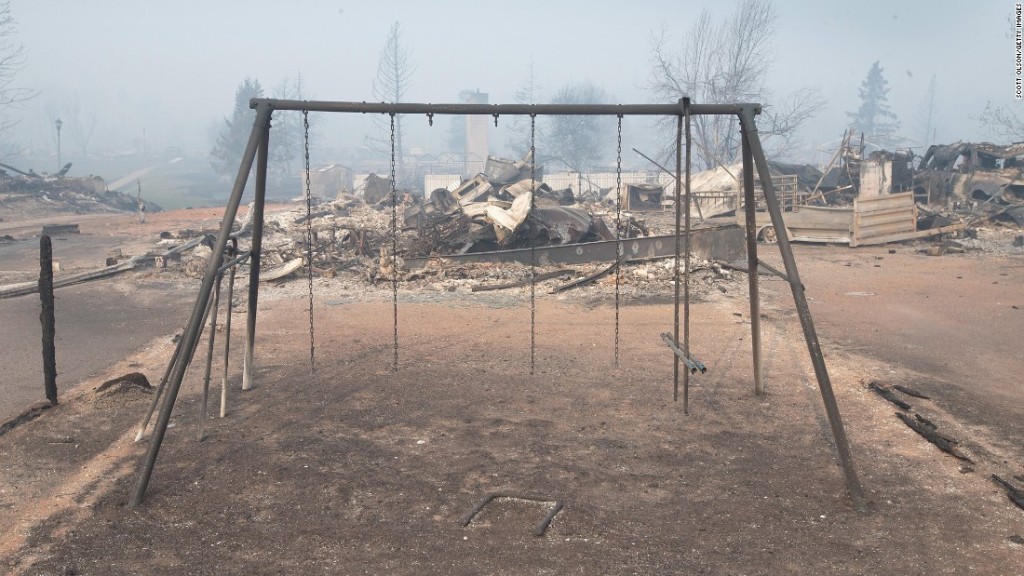 “…there have been fires in Canada’s boreal forest for ages. But scientists and researchers say this fire looks a whole lot like climate change. And that should be alarming for all of us. “This is an example of what we expect — and consistent with what we expect for climate change,” said Mike Flannigan, a professor of wildland fire at the University of Alberta who’s been studying climate change and wildfire for decades. “This fire is unprecedented,” he said, referring to its local impact.” 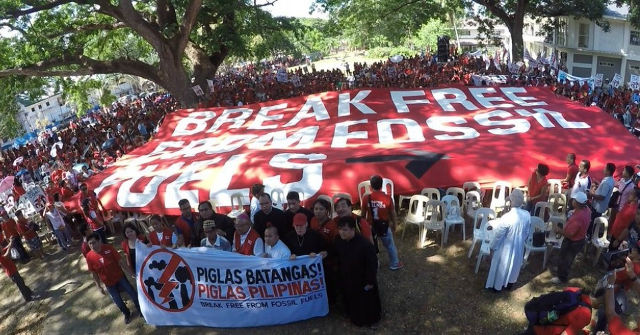 An estimated 10,000 people converged in Batangas City, Philippines on Wednesday to demand that the government halt the poisoning of “our land, water, and air” and cancel plans to build as many as 27 coal-fired power plants across the island nation. 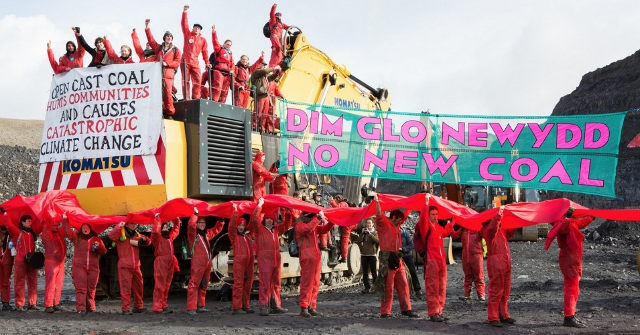 Hundreds of climate activists shut down the UK’s largest open-cast coal mine on Tuesday morning—the first of a wave of peaceful direct actions spanning six continents and 12 days, targeting the world’s most dangerous fossil fuel projects.